The Life of St. Philip Neri: Apostle of Rome

“He used often to say to them: “Throw yourselves boldly on God, for if He wishes for anything from you, He will fit you in all things for the work in which He is pleased to use you.” He advised them not to ask God for afflictions, but rather to pray Him to give them patience to bear their daily trials. He warned them not to put themselves into the way of temptation, saying that he feared less for one who, though tempted, is careful to avoid the occasions of sin, than for those who are not tempted, but run headlong into danger. He therefore advised them to say frequently with their whole heart: “Lord, do not trust me, for I shall certainly fall if Thou dost not come to my aid.” He also especially recommended them never to say, in times of temptation: “I am resolved not to say or to do” so and so; but rather to say with deep humility: “I know what I ought to do, but I know not whether I shall do it.” -Pg. 119

St. Philip Neri lived in the most important century for the history of Western Europe, and in the Catholic Church. Yet, he figures very little into its main events. Rather, he is present in the background, hearing confessions for hours a day, always at prayer, directing penitents in all orders of life, from nobles to homeless peasants. He directed great intellectuals like Cardinal Baronius, or the future Pope Clement VIII, as well as very simple souls and young boys.

This work, originally published in 1859, is largely a translation of Vita di S. Filippo Neri, written by Pietro Bacci, and is based on and augmented from documents in the Canonization process.

The work is an excellent and beautiful biography of St. Philip’s deep prayer life, his gift of prophecy, and how he worked tirelessly in obedience to Christ to lead all to Him, no matter what their state. It is a beautiful testimony of God’s providence at work to reform his Church.

The Mediatrix Press version of this reprint contains numerous pictures (including Churches where he lived and preached) as well as being beautifully laid out. This is a reprint, not a facsimile copy, that has been carefully edited. We have worked very hard to make this text beautiful and easy to read. 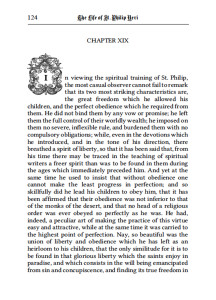 Be the first to review “The Life of St. Philip Neri: Apostle of Rome”

On the Church Militant

The Holy Mass: Eucharistic Sacrifice and the Roman Liturgy

De Controversiis VI: On the Sacraments in General, Baptism and Confirmation