In stock (can be backordered)

The wars and upheavals of the 17th and 18th centuries had created a situation where by the 19th century, political control was exercised over the Church not only in England and Germany but even in Catholic countries such as Austria, France, and Spain. The new ideas of Febronianism, Jacobism, and the French Revolutionary ideologies spread throughout Europe had done their utmost to bring discredit on the old asceticism and its principal representatives in the mendicant orders, such as the Dominicans. Cardinal Newman thought that the Dominican Order was a “great idea, now extinct.”

Fortunately, not long afterward, the great Jean-Baptiste Henri Lacordaire sought to revive the ancient spirit of St. Dominic in France. Nor was he alone; for when Fr. Jandel (whom Lacordaire inspired to become a Dominican) received his commission from Pope Pius IX to restore the old discipline and abolish the customary relaxation of the day, then new life began to reverberate through the order, and the primitive fervor of its holy founder was brought back to life. 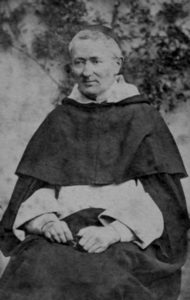 “The Dominican Revival in the Nineteenth Century” vividly recounts the career of Fr. Alexander Vincent Jandel, from his days as a secular priest to a Dominican and then the 23rd Master General of the Order. Then it continues on the subsequent activity of the good Father, the cooperation he met with from his brethren and the splendid success that crowned his efforts and which had brought the order of St. Dominic once more to the forefront as a defender of the interests of Jesus Christ, and His Church.

This edition has been beautifully re-typeset while preserving the original text with exactitude. A great resource for the Church in general, and the Dominicans in particular during the troubled days of the 19th century.

De Controversiis VI: On the Sacraments in General, Baptism and Confirmation